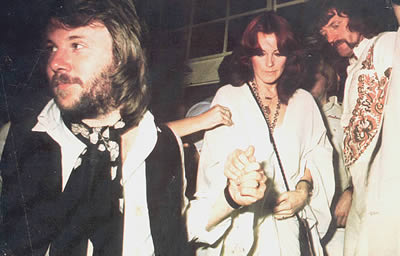 The above Swedish extract was part of a full-page write-up. Its heading read as follows

ABBA’S DYGNET-RUNT-VAKTER: KARATEDEMONER I POPKLADER!
The article, from Sweden’s leading daily, was an attempt to keep its readers assured that the four
members of ABBA would be in safe hands in the South Pacific and described the two Australian body-guards as well-muscled martial arts experts,
one of which had shoulder-length flaming red hair and the protective instincts of a gorilla.

The journalist responsible for this description was Sweden’s Monica Braw; she’d flown to Australia as part of the entourage. Her job was to report home to the fans news of ABBA’s life on the road in Australia. By the time they’d toured down under, ABBA had become one of Sweden’ big three exports. Along with Bjorn Borg and Volvo cars, they were probably the biggest money-spinners.

From their tour dates in 1977, and for the following three years, they were unquestionably the most popular performers in the world, and along with Australia’s Bee Gees, they were the first to break the Britishâ€“American grip on rock. ABBA’s record sales as a group come second only to The Beatles. 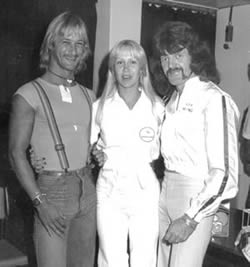 ‘Richard, is that you? Richard we’ve both died and gone to heaven. You’re not gonna believe this!’

I’d called Richard Norton at the Immigration Department. ‘Mate, I’ve just spent a couple of hours with Paul Dainty and he’s booked us to bodyguard the two girls from ABBA.’

‘You’re right, died and gone to heaven! That’s us!’ Richard’s initial response was followed by, ‘It’s an even better deal if I get to look after Anna and you Frida. That’ll make a couple of blondes together, and a couple of fiery redheads together!’

Funny thing was, that was exactly how Paul Dainty had said he’d wanted it â€¦ ‘Bob, it sounds like Frida and Benny are the extroverts who like to party and are prone to occasional outbursts. I figure you’d be more suited to them. Bjorn and Anna are a more introspective couple, perfect for Richard’s personality. Plus, this way we have the coincidence of a pair of blondes and a pair of redheads, classic match-up security’. 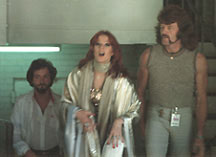 It turned out that none of us could have been more off-centre. Although Paul was right on with his concept of matching us up (when it came to our appearances on TV) it’d only been a year or two since Australia’d got colour TV, it was still quite a novelty for a touring band as spectacular as ABBA to be presented in full colour, and we did all stand out!

On every international tour that Richard Norton and I’d worked on together, we’d had this friendly contest to see which of us could get any members of the crew (for example, sound and lighting guys) or of the band, its leader, or everybody, to train in the martial arts with us. There was an unofficial grading points system or simply feathers in our cap if we would get them interested in training in the shortest period of time from the commencement of the tour dates.

Since poor diets, a lack of any form of exercise, or of normal sleeping hours, plus too many cigarettes, too much alcohol and copious amounts of drug-taking were so prevalent among almost all the bands we’d looked after, Richard and I both figured we were doing them a huge favor if we could get them hooked on our routine, even if it were only for the time they’d be with us. Any break from such negative social activities for any amount of time would be feathers in our caps in the eyes of the promoters and the bands management.

But then Richard Norton had me impressed â€“ while I was away he’d broken all our tour records for minimum timeâ€“maximum performers training in our martial art.

Bjorn Ulvaeus had woken from a good night’s sleep; Anna was still catching up on her beauty sleep, as were both Frida and Benny. Bjorn had showered, donned his tracksuit and rang for his bodyguard to accompany him on a morning run. One of Max’s other drivers had taken Bjorn and Richard down to the Reg Bartley oval in Rushcutters Bay Park. When they’d got there, however, it was pouring with rain; of course, this created the problem of Bjorn catching a cold, losing his voice. The morning jog was abandoned.

‘See if you can find an indoor swimming pool,’ was his next proposal. Richard and the driver tried, but the torrential rain had set in solid. Besides, many of the leisure centres around Sydney were closed tighter than a clam. It was decided, thanks to Richard, that it’d be better to give the rain and traffic a miss. 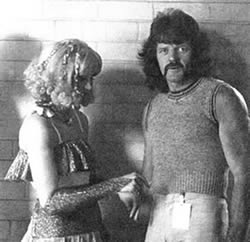 However, Bjorn really wanted to do his morning exercises. This in itself was something totally new to us â€“ someone in the rock ‘n’ roll industry actually wanting to work out! Now ABBA hadn’t even been in the country twenty-four hours and Bjorn hadn’t even been out of bed an hour yet!

‘Why don’t you let me run you through a martial arts warm-up?’ Richard was really hopeful. Bjorn was agape. ‘Why not? I’ll try anything once â€“ long as it doesn’t kill me.’

They’d been working out for about ten minutes in the aerobics area of the Sebel gym next door to the pool when the girls arrived, complete with music tapes, tights and leotards, all set for one of their daily jazz ballet routines â€“ their way of keeping in shape. Anna and Frida watched for a couple of minutes. Seeing how different it was to anything they’d been used to, they asked, ‘Mind if we join in?’ Richard had created an all-time record: 75 per cent of the group in just on twenty-four hours!

Benny heard the noise and had wandered up to the gym with a cup of coffee. He sat on the bench press and watched the proceedings with great interest. (That was as close as Benny ever got to our exercises, but he used to laugh, pat his stomach and always promise to get in with the action soon.) 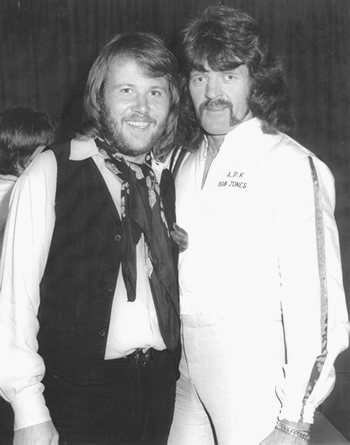 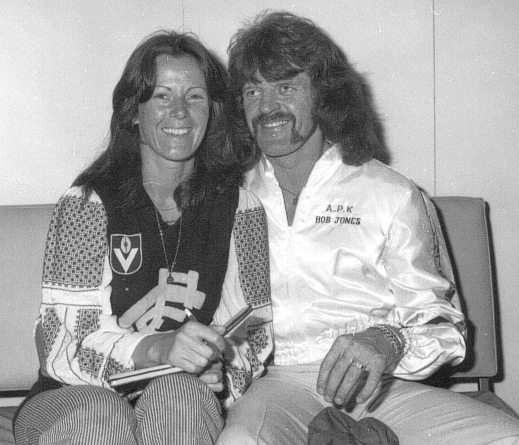 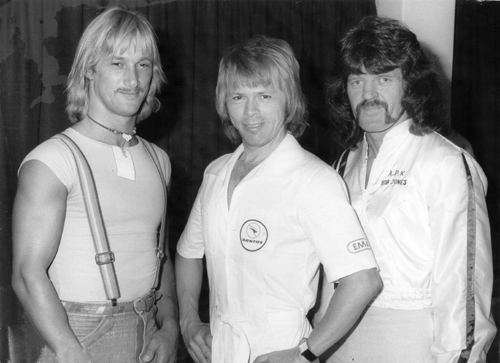