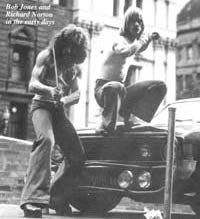 In 1975, I was prompted to design a television series that I planned to call ''The Bodyguards''.

We drafted a pilot series of thirteen episodes and I had writers develop a two hour pilot episode, ''The Final Twist''. This script caught the imagination of Fumio Demura, Japans best known actor for him to make a guest appearance in the pilot and to make a connection to Richard and myself as being well known martial artists of an incredible standard, that is, for a couple of westerners.

Well known Australian/American actor, Gus Mecurio expressed interest in playing the character of my uncle, who as a New York private detective had wrongfully suffered the wrath of their CIA. Barry Barkla the star of televisions (at the time) ''The Box'' and ''96'' was approached to play Police Inspector Herzog. Inspector Herzog would give ''impossible'' to solve cases to his private detective buddy Gus, then Richard and I (undercover of course) wold have an hour each week to solve these cases for the Inspector. Sounded like a great idea to Richard and I, but the ''powers that be'' thought it was a bit out there and might not get public acceptance. 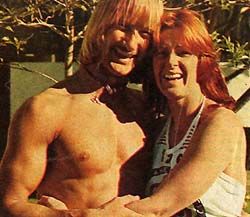 This was three years prior to Americas Miami Vice (almost identical plot) becoming one of the most popular shows of the era. A year after that another version appeared in England as another blockbuster, and like Miami Vice this show would also enter television Hall of Fame...This show used the ''pommie'' equivalent of The Bodyguard and titled their epic ''The Minder''.

From 1980 onwards Richard got the film making bug and hit the road bound for Hollywood. The rest is history, as he today has made in excess of sixty movies in his own right.

As we enter the new millennium, four decades have bonded a eudemonic relationship between myself and Richard that few people could comprehend. 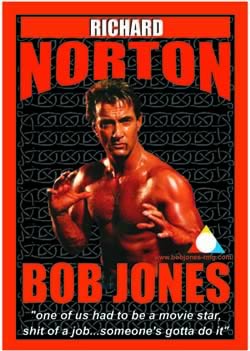